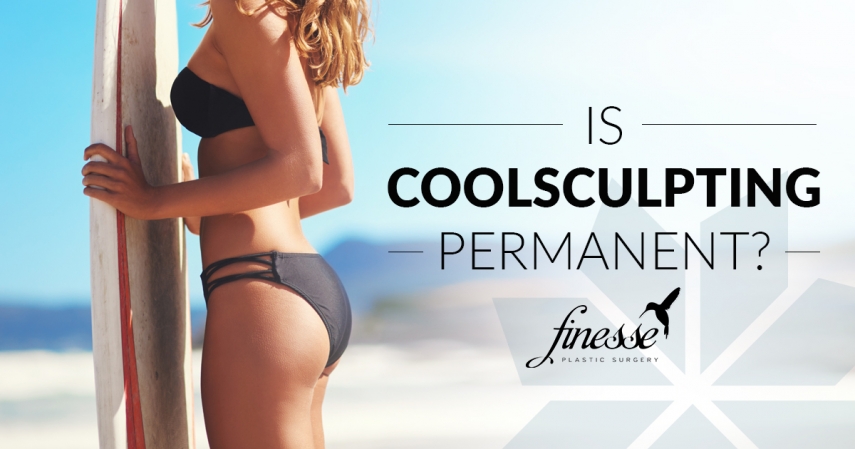 When patients ask us about CoolSculpting, one of the first things they want to know is whether its effects are permanent: “Is the fat gone for good?”The answer is yes; fat treated with CoolSculpting is permanently destroyed. Ordinary weight loss decreases the size of your fat cells, but doesn’t remove them. CoolSculpting permanently kills fat cells and removes them naturally through the lymphatic system.

How Fat Cells Accumulate in the Body

It may be hard to believe, but adults cannot create new fat cells. They are only formed during childhood and adolescence. By the time we reach our 20s, the amount of fat cells distributed in our body reaches a predetermined level and the number of fat cells stabilizes. Cells expand and shrink though out our adult lives, depending on our weight, but they do not multiply. Regardless of how big we are or how much weight we lose, our number of fat cells remains the same.

The only way to remove fat cells is through apoptosis – cell death. In most cells, it’s triggered automatically once the cell reaches a certain age. In the early 2000s, two doctors at Harvard Medical School discovered that it can be triggered artificially through a process known as cryolipolysis. During cryolipolysis, cells are exposed to freezing temperatures, which causes their internal structures to crystallize – literally turning to ice. This kills the cell and it is then broken down and naturally metabolized by the body over the next few weeks. Since adults cannot form new cells, the number of fat cells in your body is permanently reduced.

CoolSculpting can reduce the amount of fat in the treated area by 20-25 percent. Keep in mind that in order to enjoy its benefits, you’ll need to maintain a healthy diet and exercise routine to keep the remaining fat cells from stretching out again. The procedure helps contour the body, eliminating stubborn fat rolls that have been keeping you from achieving the slim, sculpted look you’ve always wanted.